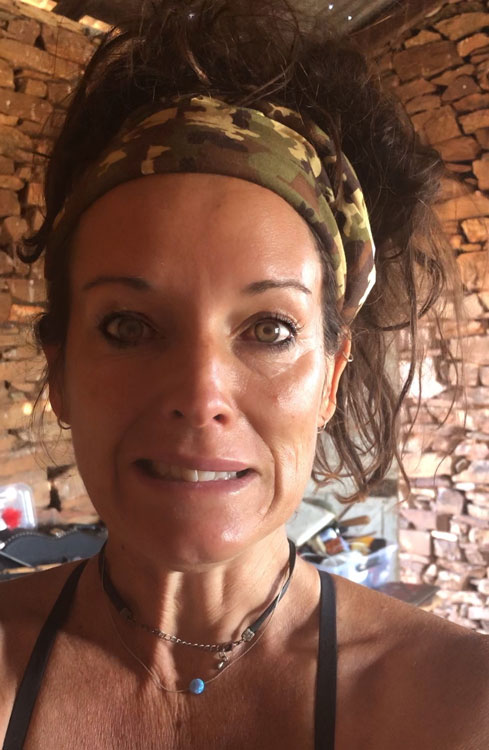 Mistakes happen, plans go awry and we all do things sometimes that we wish we had never done. It’s how we get back up and keep moving afterwards that then defines our future moments.

In a survival scenario, time spent on regrets is time that is not spent on making the current situation better or livable. I always try to look at what happened objectively and say to myself “okay that happened, now what?” Time spent yelling, screaming, throwing things wastes valuable calories and time spent sulking, weeping or lamenting wastes valuable time. I just reassess and make a new plan based on the outcome of what just happened.

When I was on the Hike for Survival, we experienced a GPS malfunction that took us off the edge of the maps we had. We were exhausted, it was day 9 of living off the land and we had about half a litre of water between the two of us. It was close to dark when we found out where we were. We were on the edge of a deep canyon and our exit was on the other side. We thought we were almost out but it turned out we had about 5 more hours of hiking to go, most of it in the dark. I remember that moment when we identified how much more we had to do. It took all my strength not to cry. It wouldn’t have changed anything. My next response was to just stay sitting down. I didn’t want to walk any more. I was angry at my partner as the GPS was his responsibility but yelling at him wouldn’t change the outcome either. Instead I stood up and put one foot in front of the other. This got me out eventually and with the best possible relations with my partner.

Now I’m not saying suppress your emotions. That’s not a healthy way of doing things either. I’m just saying don’t dwell on them. Acknowledge that something happened, it wasn’t ideal, you feel angry/upset/disappointed and then figure out a proactive way to move forward. Life gets better faster this way.