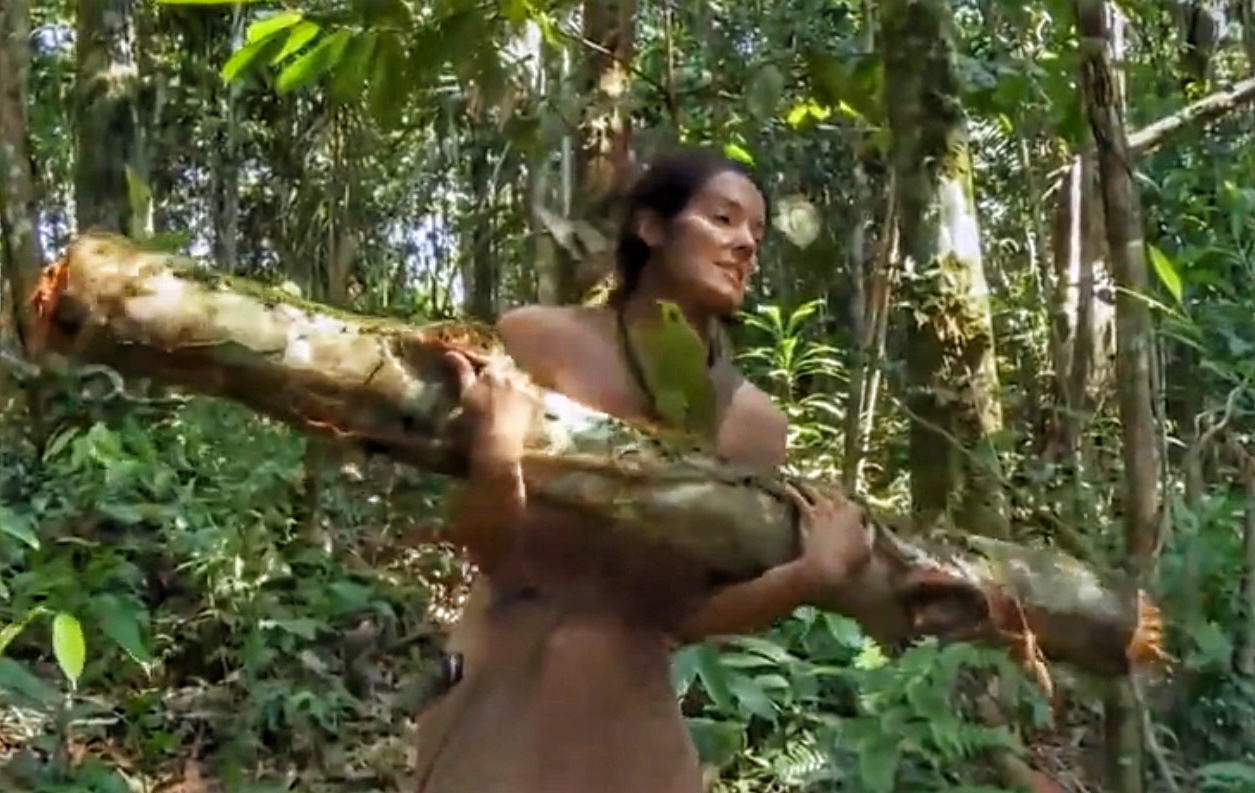 I know that it’s 21 days squashed into 43 minutes of viewing pleasure but one of my biggest regrets is that my episode neglected to show the beauty of this place.

The camera lady (Beth) was with me for 7 – 8 hours a day and then I had cameras set up around camp that filmed me for the rest of the time or I self filmed.  That’s over 16 hours alone in the jungle, far from any civilization.  And I loved it.  I couldn’t wait for Beth to leave so I could roam alone around this paradise.  I loved the smells, the sights, the gorgeous insects, the peace and the majesty of the place.  When it poured and lightening crashed nearby, when the wind was wild and trees were falling down around me, I was so grateful to be out there, snug in my little shelter with my fire going, experiencing this place in such a raw state. I mean, who gets to do this these days?

The fireflies were brilliant and always made me smile (although there will be less of them to hatch the next season) and I felt more at peace there than anywhere else I had been.  I felt energized although I had consumed hardly anything at all and had put out so much energy sustaining myself.  It is truly a magical place.

I was torn when the day arrived to finally leave.  I was proud of my shelter and the comfort it offered.  I was proud of myself for having figured out some of the secrets of sustaining myself out there and I had truly not missed anything or anyone to the point of sadness.   I’m not sure what that says about me but perhaps I am just not a social beast?  I was ready to leave though, I had new adventures on the horizon and other places to explore.  It was a little scary heading off knowing that I would be spending one night in the jungle without shelter and probably without fire if I was unable to get dry wood for the evening.

After walking through the jungle for a few hours, I reached the only clearing I had found where the jungle let up enough to show a tunnel of clear water from the shore to the open water.  Unfortunately there wasn’t any bamboo along the way and after a quick explore, I realized there was none in the area at all.  So much for the quick and easy raft option.  I knew of a few other trees that had possible raft building qualities having hollow cores and I had been advised that their flesh was soft and easy to hack through.  I found a couple of these trees in this area after a good search and began to cut one down.  Unfortunately the wood was way harder than I had expected and chopping the tree down ended up taking hours.  I’m not going to explain how difficult it was to go through the effort of chopping the tree down.  It’s hard flesh had led me to a horrible conclusion.  What if this wood was only good for raft building when it was dry?  What if when it was wet, it was too heavy?  To test this theory, I only cut off one section and headed down to the water’s edge.  I threw the log in the water and watched it sink to the bottom.

Now I don’t swear a lot and had managed to keep my cool in some pretty crazy and shitty circumstances on this challenge.  There was not a moment where there wasn’t at least 10 things crawling on me, most of them biting.  I had been stung so badly all over by fire ants on several occasions that my body had started uncontrollably shaking from the pain. I had been bitten by a bullet ant in my sleep which apparently feels like you have been shot and then someone has punched you in the wound. (don’t know as I’ve never been shot but it sure was agony).  I had been covered in ticks whose dirty mouths had paralysed my left back muscle for 14 days as well as leaving me with lyme disease and some other fun tick borne virus.  And more, and I hadn’t uttered a swear word until this moment.

All that energy wasted.  Energy that I had so little of.  On a tree that didn’t float.   I was gutted.  Was I even going to be able finish the challenge now?  I turned to my producer.  “it doesn’t float” I said in disbelief.  She asked “so are you tapping out?”.  The word “YES” wanted to come screaming out of my mouth.  I had already come so far and pushed myself harder than I had ever before, I didn’t know if I had anything left.  I glared at her for a moment before muttering “no” and heading back into the jungle to find another alternative.

Honestly I had never dug so deep into my reserves in 16 years of stunts or in all the survival challenges I had ever subjected myself to.  I didn’t know how much more I had but I knew that I just needed to keep putting one foot in front of the other until I couldn’t take another step.  I have never fallen down and not been able to get up again and I knew that this challenge would have to end with that or me making it.