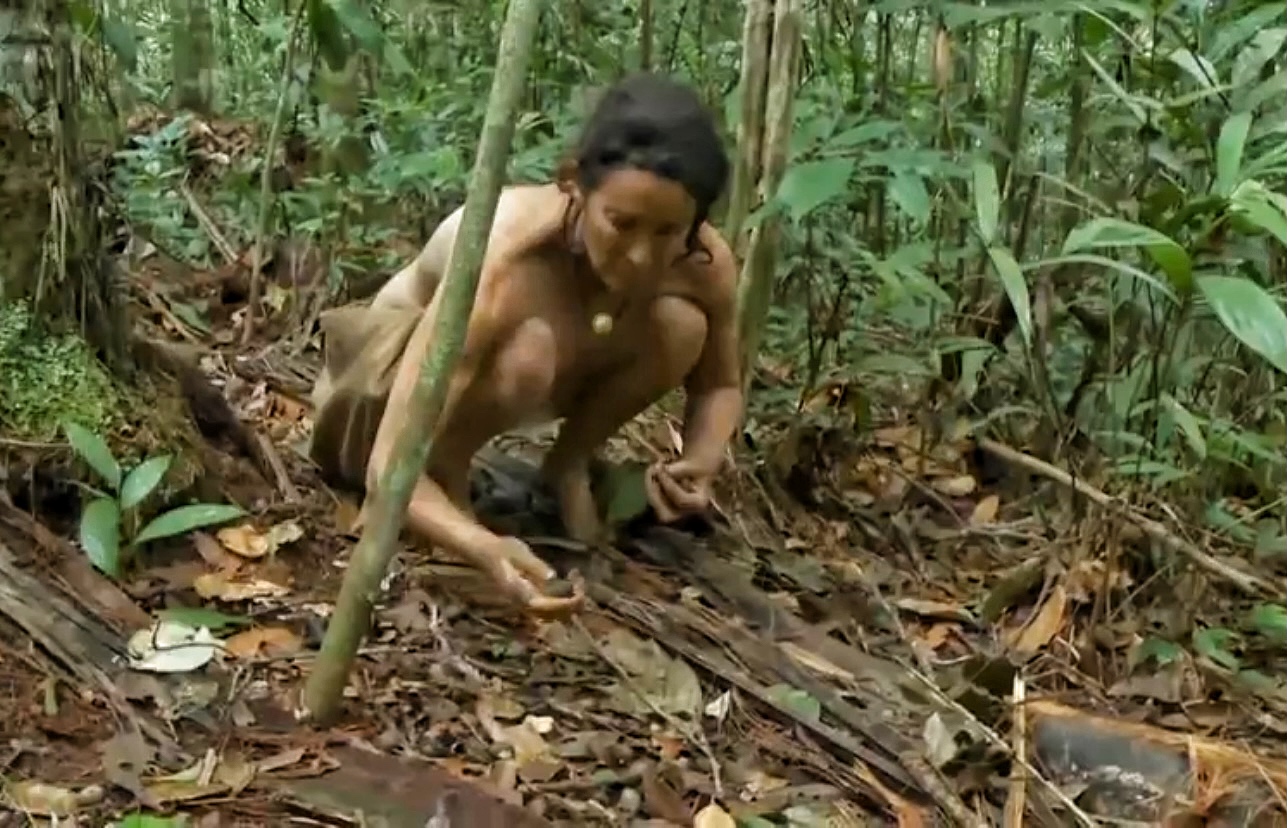 I always find that the second I feel cocky in a situation, karma strikes back quick and hard.  This was the case that first night in the Amazon.  The wet season rains came in.  My wet wood took forever to dry off and light and then burnt quickly, leaving me without a fire in wet, windy conditions.  People often associate hypothermia with only cold places but a combination of wet and wind can rapidly sap body warmth and within an hour my core body temperature had dropped and I was uncontrollably shivering.

There is no dark like jungle dark.  It is the blackest of blacks once the fire is out with not even a dribble of starlight getting through the thick canopy and it’s impossible to see your hand in front of your face.  There was no way I was able to collect any more wood.  I curled into the tightest of balls in the back of my shelter and tried to protect my vital organs from the chilling cold.  Soon I stopped shivering but that’s not a good sign with hypothermia.  Most victims of hypothermia are found naked because the last progression of cold exposure is that you feel unbearably hot, take all your protective layers off and hasten towards your death.

When production arrived in the morning, I was disorientated and my core temp had dropped dangerously low.  The medics were called in and there was a discussion about whether to evacuate to warm me up.  This was morning one and it was not going well!  Fortunately a patch of sunlight had made its way to the jungle floor and after some vigorous rubbing, jumping up and down and soaking up the sun, I managed to get myself into a state where the medics were happy to monitor and let me continue with the challenge.  Unfortunately, this dip in body temperature was to cause a lung infection that took me the best part of 10 days to shake.

My plan heading into this experience was to make sure that every moment was spent making sure that I was improving my situation however I could.  This meant I had daily priorities that I would get out of the way every day to keep my basic needs met and then whatever time I had spare, I would find ways to make life better out there.

My shelter had an amazing medicinal tree at one side of it.  It was essentially a pepto bismol tree with a white sap that was meant to help with digestion, ease an upset stomach and help your immune system.  Every day I began my day with teaspoon of this sap.  I would then take the trek down to the water to fill my pot, collecting some monkey nuts and copal on the way.  I would find some drier wood on the way back and boil my 2 liters of water for the day.  I would boil the monkey nuts in with this water and consume maybe a teaspoon of nut flesh for my efforts.  I would then cut 12 palm leaves to add to my shelter and chop wood for two or three hours with my machete to get enough to last me a night.  Then the rest of the day was mine to figure out how to get food.

It took me about a week of experimenting to find the best wood out there that would burn warm enough but slow enough to last the night.  Even so, I had to keep adding small pieces every ten minutes or so to keep the main log burning.  Fire was such a battle for me out there.  It was the difference between life and death.  I was so sick already and I knew that another bout of hypothermia would have me tapping out.  All night I slept in tiny catnaps, aware that over-sleeping would result in me quickly losing my fire.  I kept a huge bundle of tinder in the driest place in my shelter in case I lost the flame and I had to know where everything was by feel because once the fire was out, there was no way I could see to find it.  I had a few heart racing moments when I fell into a deep sleep and had a bare spark when I startled awake but each time I managed to coax a flame back and stayed warm.

I was fortunate that my trips to the jungle previously had left me with some good knowledge about certain trees out there.  For example, I knew about the copal tree, whose sap smells like turpentine and has amazing fire assisting properties.  It was this sap that I managed to make torches with on day 18 to assist me with night fishing.   The main use of it for me however was it’s mosquito repelling properties. I did use the camphor tree as a rub on mosquito repellant as shown on tv but that didn’t last long as the humidity and rains soon rinsed it off.  The copal smoke was the best natural mosquito repellant I have ever used.  This alone made my time in the jungle bearable.

Every morning and evening, thousands of mosquitos would storm my shelter to try to make it their home.  I had “incense burners” at the four corners of my shelter ready with lumps of copal on them and I would light them at the first suggestion of the swarm.  And it worked for the most part.

The black sap was also used in shaman ceremonies and I would burn a little every night on the fire and ask for protection from the jungle to get through that night safely. It may have been this little ritual that helped me to never be afraid or lonely out there.  Or it may just be the firm belief I have about refusing to fear what I can’t change.  If it was my time to go, then it was my time and I had no regrets.

Food was my biggest battle out there.  I have never been in a location so reluctant to give anything that would sustain me.  In the wet season, animals in the Amazon roam far and wide since water and food is everywhere.  As soon as humans move in with the smell of fire, they move far away.  In my time there I saw only 1 small green tree snake, 2 lizards, 1 grasshopper (which I ate), some large caiman and a few monkeys way too high in the trees to be dinner.  It didn’t matter if I got up early, stayed up late and roamed far and wide, all burrows became deserted and no fresh tracks appeared anywhere.

They showed a few different traps I set on TV but the reality was I had set over 20 different traps on game trails, outside burrows and by water sources.  If anything was there, I would have caught it.  But apparently I was now in a no go zone.  Thank goodness for a previous trip to the Amazon where a guide had shown me what to look for to harvest firefly larvae or I would have had nothing in my belly at all.