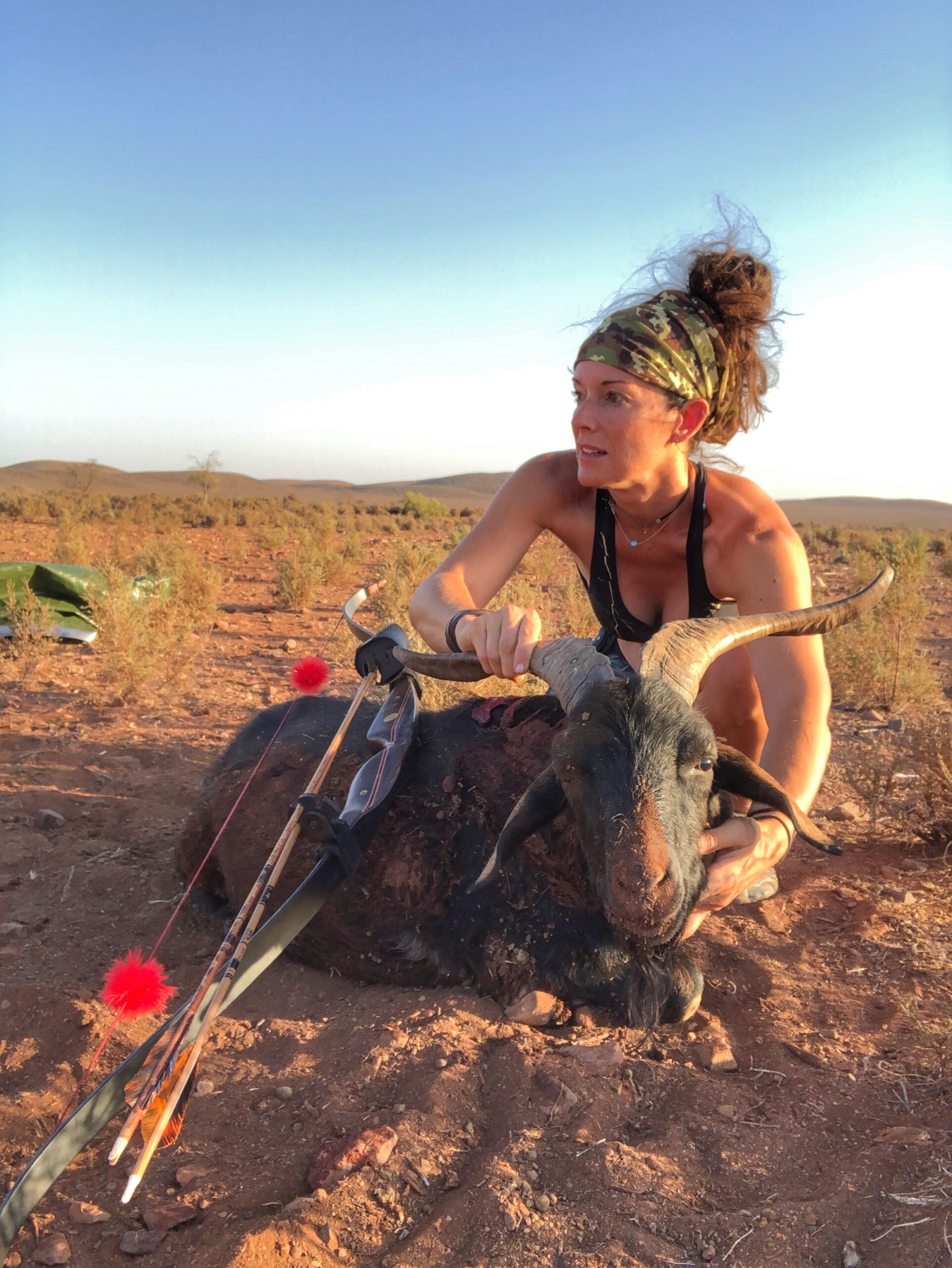 The rest of the day was spent in preparation, not just for the hunt but also for the aftermath.  The heat was brutal during the day with me being unable to leave the shelter of the cottage between 10am and 4pm so I knew that I had to hunt, kill and process before then.  I knew I would be unable to move the goat far from where it went down to process it so I devised a sled out of a tarp to drag it at least away from the water.  I would need all my skinning and butchering knives sharp as well as the steel to sharpen on the go.  I wanted to keep the skull as a memento of my first solo hunt, I wanted the skin for leather, the intestines for cordage and the meat and organs to eat.  I needed bags for all of those things and my homemade skinning board and fleshing tools at the ready for when I returned.  My broadheads needed to be sharpened and my bowstring waxed.  I laid out my camo and binos ready for an early start in the morning.

All night I visualized the arrow leaving my bow and hitting perfectly into the broadside of a nice sized goat.  Every time doubts filled my mind about whether I was ready or if I was good enough, I pictured the preparation I had put in and the targets I was able to hit.  I also told myself that the only way to get better at hunting now was to hunt and again, I pictured the arrow flying from my bow to my target.

Finally I saw the eastern sky getting a little lighter and I jumped out of bed, eager to get started.  I always find it’s the moments before action that I am filled with doubt but once a plan is in place and I am physically moving towards a goal, all those fears melt away.  Pack on, kitted up, I headed off towards the watering hole in the fading darkness.  The sky lit up with one of the most gorgeous sunrises I have ever seen.  Wave after wave of golden and red light swept across the morning sky as I settled behind my cover to wait.  I double-checked the wind and it was the same prevailing wind as the day before and so my cover worked perfectly for scents once more.

Having my bow in hand made it all seem a little more real as I heard the calls of the goats echoing through the dawn as they made their morning route down the hills.  I smelled the billys on the breeze and I moved into a standing position, bow in place ready to draw.  Not long after, I heard the thud of their hooves and my heart began to race. I felt the pulse beating in my throat and suddenly it felt hard to breathe.  As the adrenalin filled my body, my hands began to shake like before performing a huge stunt and, like before performing, I took some deep breaths, calmed my heart rate down and focused on the task before me.

Goats streamed towards the water now, the lead goats forceful with their thirst.  Suddenly one caught sight of me behind the bush and gave a start.  His reaction triggered the rest of the mob with him and they all stopped nervously.  I didn’t move a muscle.

I have learned since that there are two distinct types of goats – ones who have been hunted and ones who have never been hunted.   Ones who have known what it’s like to be hunted or seen mates die are way more cautious and don’t take a second look, opting to flee rather than take a chance with something that they haven’t seen or heard before.  Goats that have never been hunted (or are thoroughly distracted with mating) will give something a look over but quickly get back to whatever they are doing if they don’t sense an immediate threat.  Lucky for me, these goats were the latter.

After about 10 seconds, they looked back to water and continued on their way.  I watched them spread out around water and drew my arrow back.  Again they started, again I froze and they once more continued drinking after a few backwards glances at me.  I waited, arrow drawn, looking not at goats but at leg positions and angles of arrow entry and it didn’t take too long for a beautiful black billy to present me with the perfect pose. I let the arrow fly quickly as he paused and it flew true and through.  None of the other goats knew what had happened as the big billy next to them arched into the air, made a bleat, raced away from the water about 10m and then collapsed without any further sound.  The goats looked at him and then turned back to their drinking but I knew with the heat coming and the flies around that I had to move fast.

I moved out of my hiding place and the goats scattered, running fast for the hills.  It was in this moment something profound happened for me that changed me forever.  I walked over to the goat lying in the dust.  I had seen all types of response of people to making a kill from remorse to tears to joy to loud thanks for one life dying to fuel another.  I wasn’t sure how I would respond to taking this life – as a rule I step over ants and remove the spiders from the house by hand to save their lives, but as I looked at this goat taking it’s last breaths, a feeling of absolute rightness swept over me.  I have never felt so human and so primal before.  It wasn’t a feeling of joy in dominating a helpless animal, it was the feeling of finally coming home to the way we are supposed to live.  This is where and how our food should be coming in.  It should be alive and unconcerned about anything else but for getting food one second and then gone the next.  It should be fresh, preservative and chemical free, with the only hands touching it from field to table being mine.  It should have been hard to get, a year of preparation in the making, for me to appreciate every mouthful that I would consume.   The feeling of joy I had was for a job well done and hard earned and for being one step closer to sustainably feeding myself off grid.

Most people don’t think long and hard about what happens to animals in the wild.  There is a Disney fantasy that has them running wild and free over grassy plains before ascending to animal heaven peacefully in their sleep.  The truth of the matter is that animals in the wild rarely go peacefully.  They usually die of disease, by being preyed upon by other animals or by starving to death when they no longer have the energy to fight over food or can’t chew because they have no more teeth.  Death is brutal in the wild outdoors and I can only hope to go as smoothly one day as this billy did by the water. 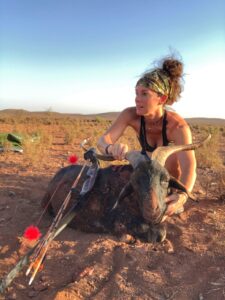